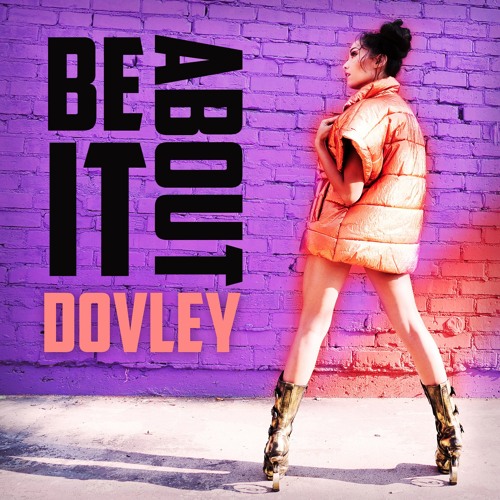 DOVLEY presents her latest track “Be About It” which dares listeners to take a chance and live for the potential in any situation, a powerful dance track that pays homage to 90’s House music and gives rhythm to empowerment. With her delicately powerful vocals and organically infused Deep House inspired tracks, Dovley is a master at artfully painting her transcendent view of the world.

Originally from Boston Massachusetts, she grew up as a skilled pianist and vocalist and as a kid, translated her skills into music production and sound engineering.  Now a seasoned artist, performer and deejay, Dovley is gearing up to release her latest single “Be about it”, a powerful dance track that pays homage to 90’s house music and gives rhythm to empowerment.   “”Be about it”” follows the release of her third single “”Ricochet” and her two other singles, “Prism” and “Everywhere” which has already gained over 600,000 streams. With international anticipation accumulating, Dovley is gearing up for the release of her genre-melting debut album “Beautiful Chaos”(Fall 2020) which she divinely composed to dare listeners to gaze at the world through her rose colored lenses.”

The post Dovley celebrates the release of her latest single “Be About It” appeared first on Hammarica.